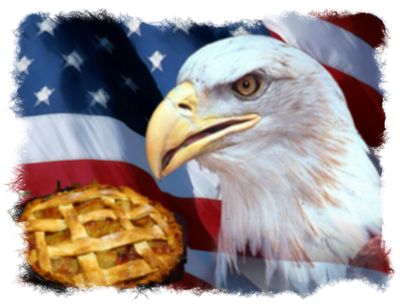 I began reading philosophical and science fiction classics in junior high school. My quest for the origins of society grew out of a college writing assignment based on Golding's, Lord of the Flies. The point of my paper was that Lord of the Flies was a very poor model of society, and that his whole premise was wrong. This grew into my delving into studying the classics that tried to define society. This also was the birth of my concept of "Questy." My idea was there was no one "perfect" society, but in a perfect world a person could freely travel between different societies.

I started writing a science fiction novel about a group of characters who were traveling in this "perfect" world. Before Forrest Gump, or Sam the time traveler from the TV show "Quantum Leap" I was writing about a character, "Questy" who would very carefully explore, and question, the different models of society he would choose from, and along the way, he would some how have an effect on the persons he came in contact with, and above all, deal with his human nature. There was an implied tone that the other characters he came in contact with may or not be human.

The realities of my own life, namely the Johnstown Flood of 1977, affected my personal life, and my book was never finished. About ten years later I brought Questy back to life as a character to illustrate some sales promotion articles I was writing. Questy was a time traveler in this reincarnation, who happened to be around when significant events happened in the history of sales promotion. In the 1980's as online services created handles and nicknames, I began using Questy as my alias. As online services exploded into the internet in the 1990's the merger of technology, and philosophy, and Questy, comes full circle, as "Questy" tries to pull all these ideas together.

The book that started it all for me was Lord of the Flies, however to define Utopias you need to start with Plato's Republic, if for no other reason, it is the earliest classic which tackles the concept. Then there is the Sir Thomas More classic, Utopia, which became the origin for the word that would define an ideal world. While I'm sure you could argue which classic comes next, I chose Looking Backward by Edward Bellamy. While it sometimes reads like an old science fiction novel, to me it kind of flows like some H.G. Wells, I think it was an easy reading example of a late 1800's look at a socialistic society in the year 2000.

To understand the world today here's the social-political reading I'd recommend; On Liberty, by John Stuart Mill, The Rights of Man, by Thomas Paine, The Social Contract, by Jean Rousseau, Pragmatism, by William James, and Treatise on Civil Government by John Locke. The roots of our ideals of life, liberty, and the pursuit of happiness, are contained in these works.

Of course to appreciate heaven, you have to understand hell, so there's John Paul Sartre's defining of Hell in his work No Exit. There's also many great science fiction novels which illustrate what I call the anti-utopia, examples of this would include Brave New World, by Aldous Huxley, Fahrenheit 451, by Ray Bradbury, and 1984, by George Orwell.

"Whenever we are planning for posterity, we ought to remember that virtue is not hereditary." - Thomas Paine